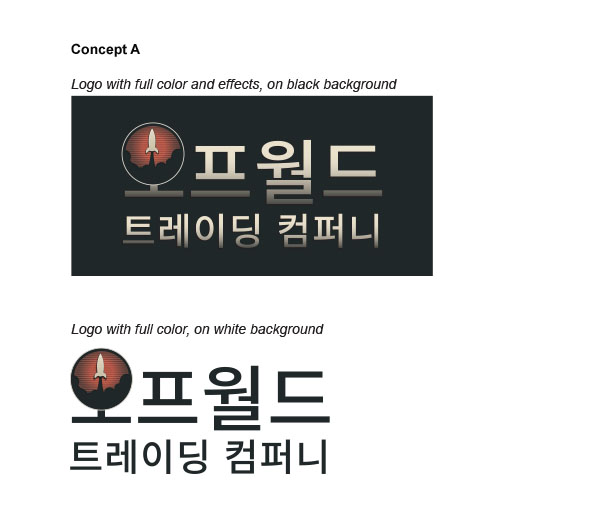 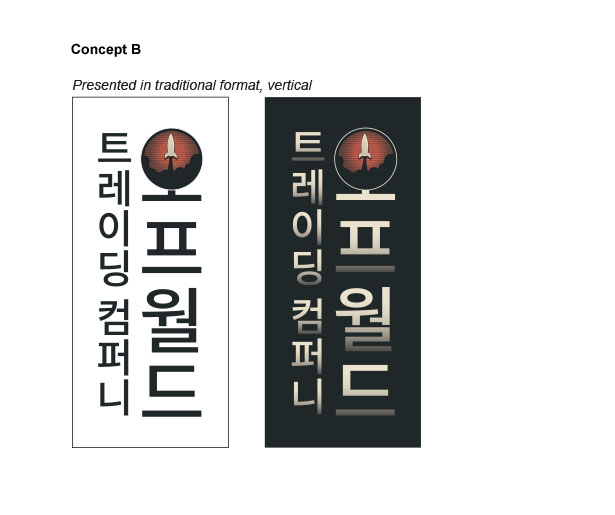 Offworld Trading Company™ (OTC) is the premiere game release from Mohawk Games, a game company founded by acclaimed game designer, Soren Johnson. A logo had already been developed for the OTC game, but as the game prepared for official launch (and its increasingly widening global audience), it needed a logo to reach the Korean market. This is when Gloria was called upon to help create a Korean adaptation of the existing OTC logo, due to her Korean language fluency and logo design experience.

The main challenge in this logo adaptation was how to recreate the “o” in “Offworld” in Hangul/Korean. Luckily, the translation afforded this opportunity. Here were a few preliminary concepts that were presented and well-received. Ultimately though, Mohawk Games decided to go with a logo version created by their in-house team, built upon Gloria’s concept pieces and language expertise.